When I was playing soccer competitively in college I tried to get to the field early to see the empty goals and lines on the turf. I would look over the field and anticipate the game--my game-- to come. Focusing on the empty field helped build my anticipation and energy to perform at my best.

Game Time Series uses the presence of an empty playing field as a source of inspiration and contemplation. I’m interested in the hidden strategies and logics that people bring to their conversations and everyday activities and I try to indicate these strategies visually by imposing the boundaries and markings that people recognize from sport fields-- a center circle, corner kick lines, goal lines, field boundaries-- onto domestic and casual contexts.

I want my work to convey the charge of competitive space in everyday situations. I want to use the stillness of an object to project the potential of one’s own emotional relationship to the present.

My most recent sculptures continue these themes by selecting flowers and boundaries as a place to exert the unstated yet pervasive idea that the space in between things is not passive but contested ground. The stems of the flowers root themselves not into the earth but into a system of competitive markings that imbues a sense of anticipation and forced logic into the viewing space. 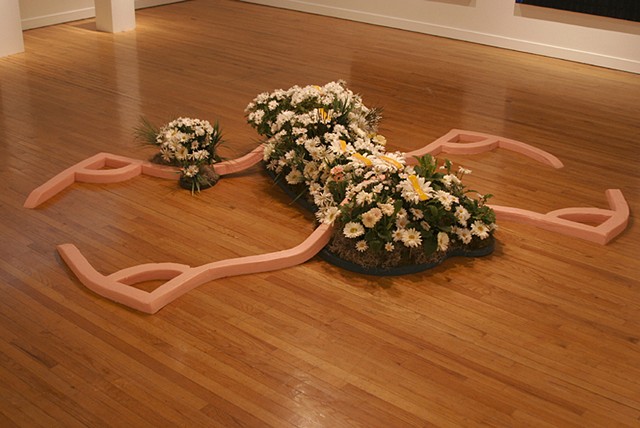 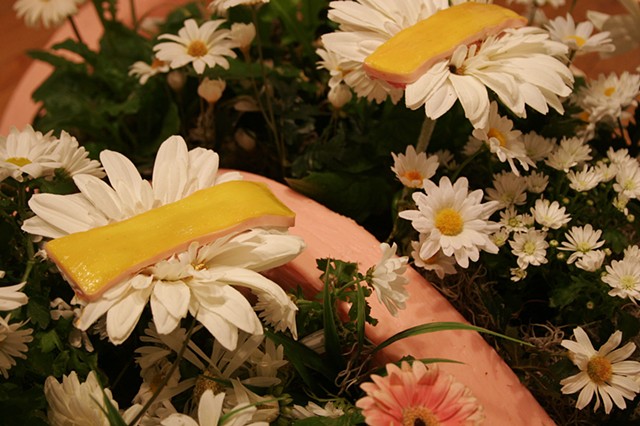 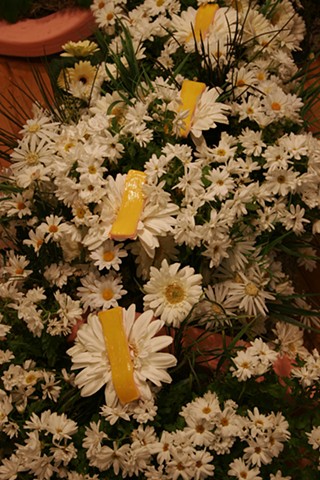 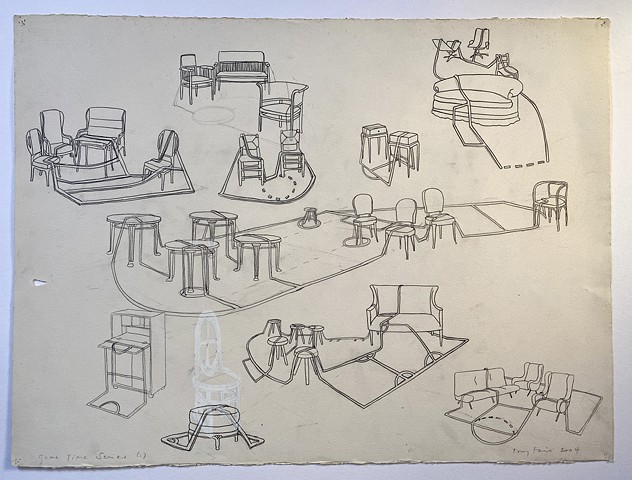 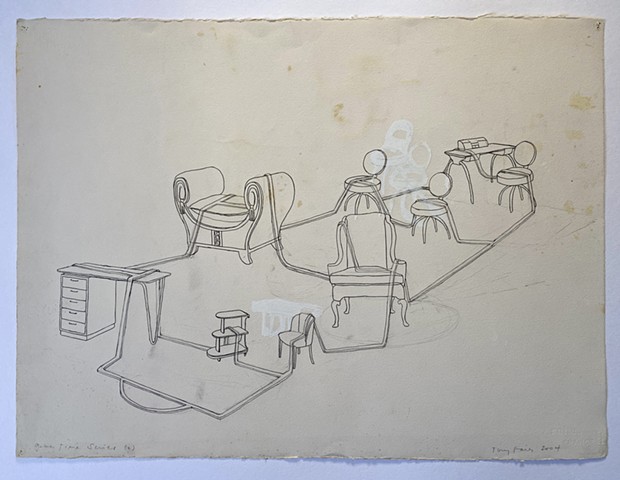 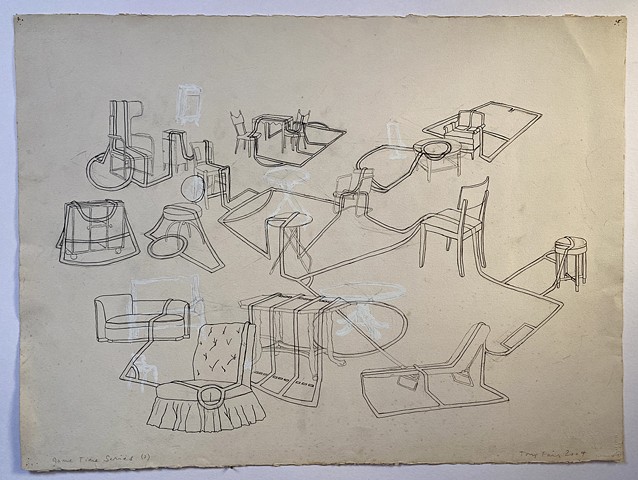 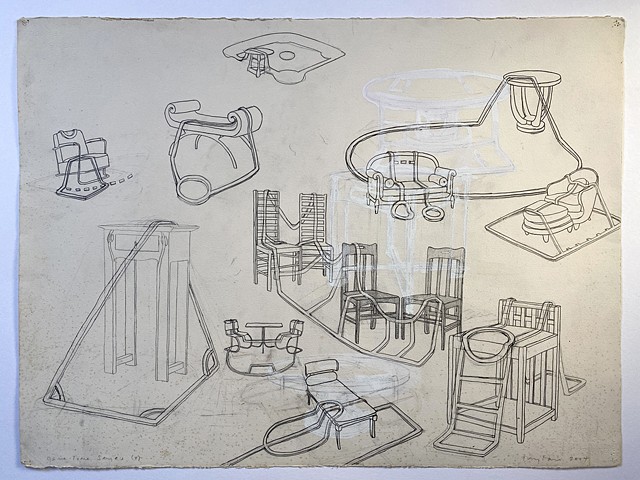 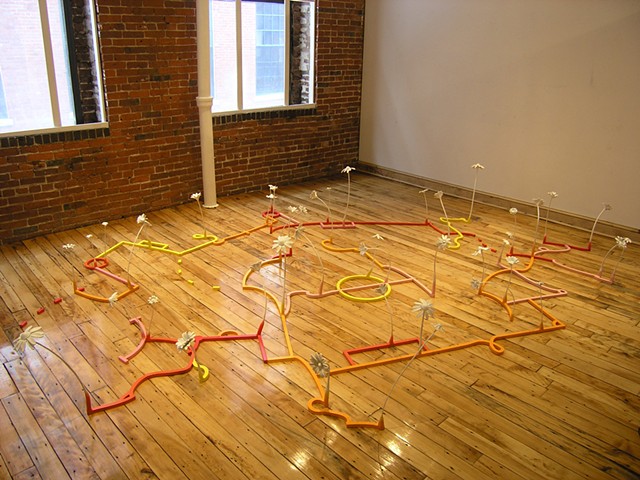 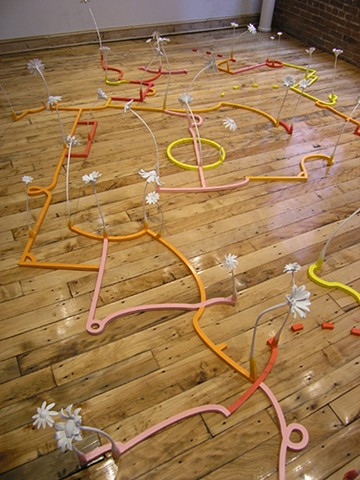 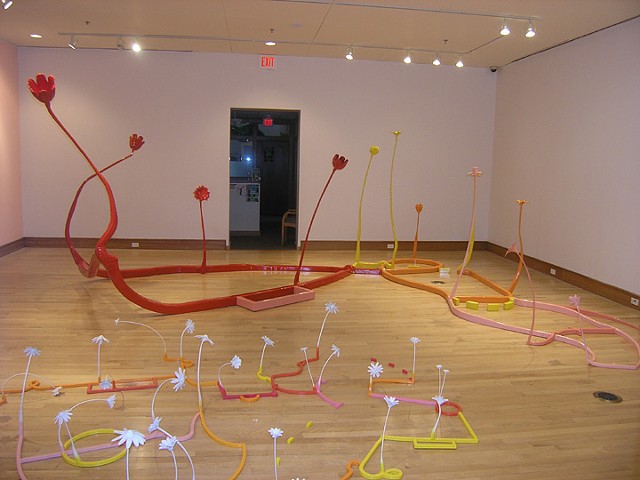 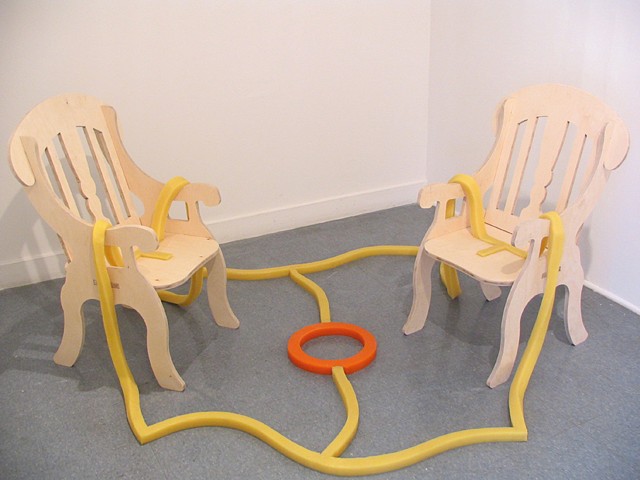 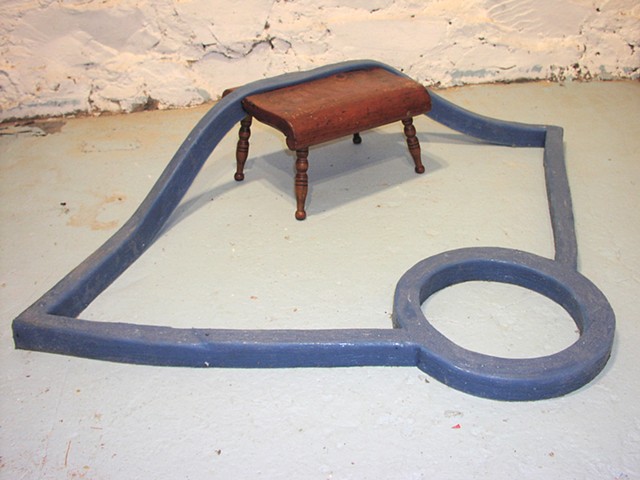 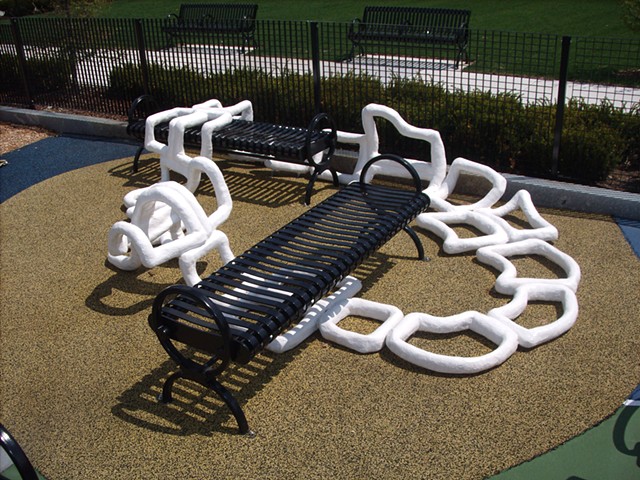